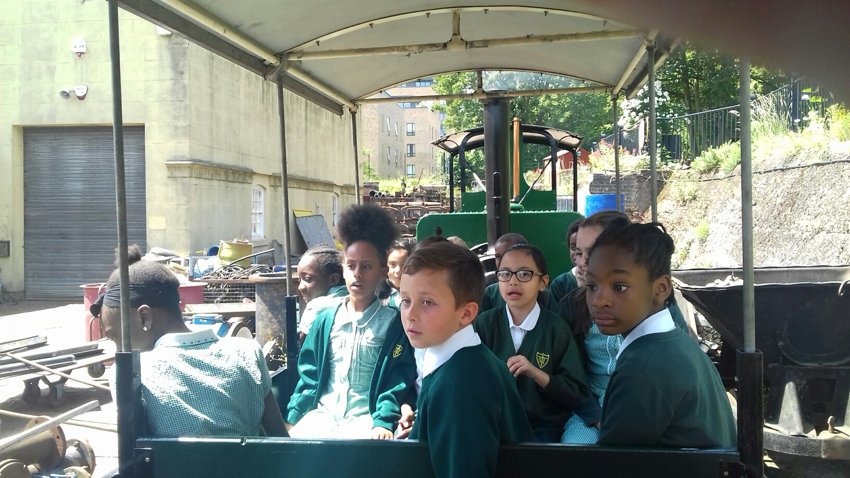 Year 4 went to visit the Water and Steam Museum at Kew Bridge.

The children learned all about steam engines that had been used

since Victorian times to pump water to the West of London.

They also took part in three workshops concerning the science of forces.

moving steam engines.They were really excited when they were given a ride on the

scaled down engine and carriages.Toot! toot!