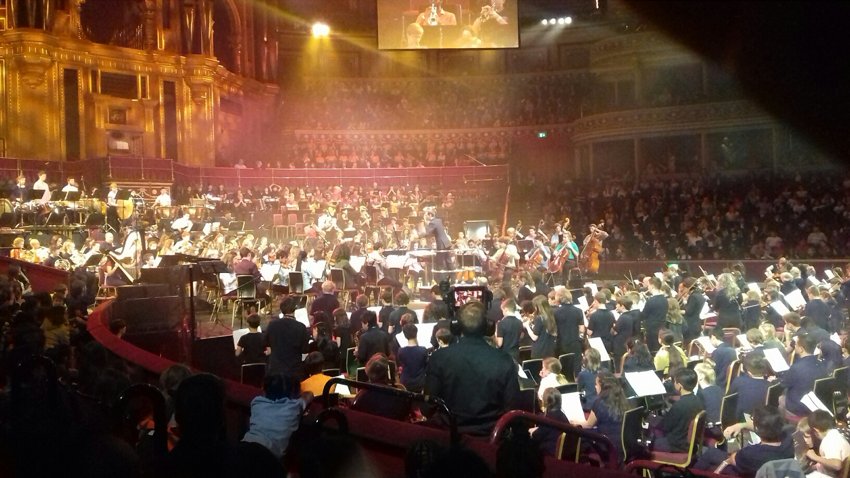 The Royal Albert Hall is a famous concert hall in South Kensington, London.

Since its opening by Queen Victoria in 1871,the world’s leading artists have appeared on its stage.

Recently our school choir joined over 2000 other children from Haringey schools to give a performance there..Truly this will be a treasured memory for many years to come for those children.

They joined with other school choirs and musicians to perform newly composed pieces that were specially prepared for the occasion.

The school and the children’s parents are rightly proud of them for achieving such an honour.

Many thanks to Ms Crome for preparing the choir.