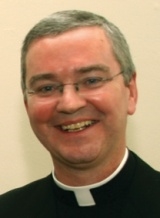 Pope Francis has appointed former ‘old boy’ of St Ignatius, Monsignor Mark O’Toole as the new bishop elect of Plymouth. He will leave his current post as the Rector of Allen Hall; Westminster Diocese’s Seminary in January to take up his new post. We send our prayers and good wishes to Monsignor O’Toole in his new appointment. May God bless him and guide him in all that he does.